Burton has been a familiar voice on WFPL since 2012, when he began as a fill-in host. In his new role, he will be the local voice for “the most listened-to news radio program in the country” (NPR.org). Morning Edition airs on WFPL weekdays from 5-9 a.m. 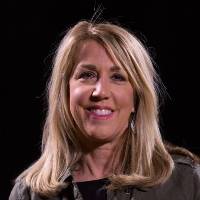 Lincoln spent eight years with Oldies 103.1 WRKA and was a morning personality at Lite 106.9 for a decade.

‘Way Up with Angela Yee’ Debuts

‘Stretch & Bobbito’ To Be Inducted Into Nab Hall of Fame

Radio Ink is a radio-industry trade publication that is published 12 times a year for the radio management sector of the radio broadcasting industry.
Contact us: [email protected]

The Traits of Great On-Air Personalities

The More You Know, the Less You Learn

The Power of Questions in Your Sales Process